Time passes, people change, of course, fashion also changes. Trends are born and dying very quickly. Men's fashion also gets its share from this. Trousers, which started to get shorter and narrower, started to spread. Even those who say not to wear it in life shorten those trousers.
With the developing technology, everyone follows everything on the internet. This made the image important and the options increased. Men's interest in fashion has increased day by day and continues to increase. Now they wear suits that fit their bodies, take care of their shoes and follow trends closely. They even try to be like the models they see on the catwalks. Patterns change every season in men's fashion and it can be difficult to accept. It makes you wonder how men were dressing in today's increasingly outdated years.In the early 1900s, the segment called high society was in the foreground. Exaggerated hats, suits, and slim-fit checked trousers were used. The 1960s passed with velvet jackets, denim shirts, high-necked tight sweaters, tight-fitting jackets, high-waisted tight-legged trousers. With the popularization of the distinctive style of the British Beatles band, unisex clothing style emerged.

The 1970s, on the other hand, was reflected in this clothing as the desire for emancipation was too high. While tight patterns attracted a lot of attention, there was quite a lot of extravagant clothing. In the 1980s, fashion was heavily influenced by music and sports. Pop stars and famous athletes steered the fashion with their daily outfits, resulting in a complex and extravagant style. Padded jackets, light clothes, jeans, loose trousers and leather jackets became indispensable.

Rock music and metal bands emerged in the 1990s and also influenced the fashion sense. But menswear had a little bit of everything; The fashion trends of the past years were showing themselves again. He had a free style sense. Motorcyclist style, leather jackets, colorful patterns, graffiti, cowboy boots, egg heels, lumberjack shirts, high-waisted cuts, pleated trousers were in fashion. Coming to the 2000s, at first comfortable and shabby but remarkable clothes were on the rise.

But since 2004, we got the classic look. Striped suits, classic shoes, and white shirts became common. It even started to take place in daily life with different combinations except for the special day.
Today's fashion is slim fit. Slim fit cuts from shirts to pants are preferred. Double-button suits were replaced by single-button slim fit suits, loose-fitting trousers were replaced by tight-fitting fittings, and narrow and short cuffs replaced the usual leg length. Pink has become a color that we do not find it odd to see in men. Vivid colors and patterns have become indispensable for men. Necklaces, bracelets, huge bags, big sunglasses became indispensable.
In other words, men's fashion did not offer as different options as women's fashion, and men suddenly jumped. They started to play roles from women, with the increasingly narrow pieces, feminine colors and patterns. "Or is the fashion world eliminating genders and becoming unisex?" We said that recently, we remembered that the fashion world was in a debate about presenting men's and women's collections together. While many fashion houses and designers decided to offer men's and women's collections together, there were some who opposed it. New York took a bold step to separate men's and women's fashion week. It is precisely in this chaos that Balenciaga held its first fashion show at Paris Men's Fashion Week, saying we do not feed men. As the seasons pass, men's fashion gets more and more complicated. Louis Vuitton wore a skirt to a male model for its advertising campaign, while men with glitter make-up at the Burberry Fall / Winter 2016 fashion show were spiced up. When this was the case, men's interest in fashion, as well as the budget they allocated to fashion, soared.
According to a study conducted on this changing understanding of gender in the fashion world, women no longer prefer stronger and protective men because they do not need men to defend and protect themselves. In other words, instead of stronger and protective men, today's women like sensitive, romantic, feminine men who help them at home and think about them. This means that feminine-dressed men are unobtrusive instead of gentlemen in trench coats.
Today's fashion has confused people, but has the definition of good dressing changed? No, it hasn't changed. Instead of applying trends blindfolded to dress well, choose lines and colors that suit you and your style. In order to do this, you need to know your body, know your flaws well, and be conscious about the colors and cuts that suit you. And of course being honest! 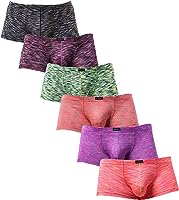 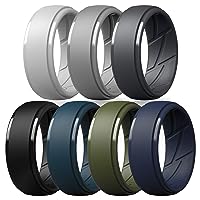