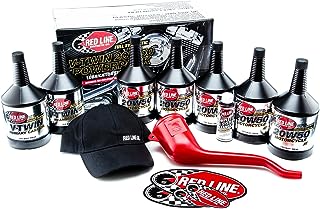 WHAT TYPE OF OIL SHOULD I USE IN MY VEHICLE

This is one of the most frequently asked questions by car owners. In order to answer this question correctly, it is necessary to know information such as your vehicle's brand, model, year, engine power, fuel system.

WHICH IS THE BEST ENGINE OIL?

WHAT DO THE OIL NUMBERS MEAN?

The numbers of the oils vary on the basis of their viscosity values. However, this situation differs slightly between industrial and automotive oils.

Viscosity is defined as the resistance of a fluid to flow. We can think of this as flowing water and honey from a container. Both are fluid, but the honey flows more slowly, so its resistance to flow is greater, ie its viscosity is higher. While water can leak and flow through even a tiny gap in the lid of the container, the amount of opening required for honey to flow must be greater. So honey is thicker than water, it can pass through larger places. As the water is thinner, it can even pass through smaller gaps. From here, we can see that viscosity is also effective in the fineness-thickness definition.

The numbers given in Engine Oils are not equivalent to the specified value of viscosity as in industrial oils. Beyond this, there is also a single-grade and multi-grade state. However, in general, we can say that as the number increases, the thickness of the oil increases.

Since the old engines found in old model vehicles were made according to the technology of that time, the gap between the surfaces of metal parts is greater than today's engine parts produced with millimetric calculations. In other words, while an oil such as 20W50 was required to lubricate the metal surfaces of old model vehicles, as technology progressed 15W40, later 10W40, and today 5W40, 5W30 in vehicles with engine parts produced with new technology almost without any gap; even thin oils such as 0W30, 0W20 should be used.

The best engine oil is the one suitable for your engine. While you have to put 20W50 in your old vehicle, if you try to put 0W20 in order to be the most expensive one, you will not be able to make the oil do the duty of lubrication. Because the thickness of the oil will not be enough for you to fill the gap between the surfaces. As your oil cannot do the lubrication job, you may also experience reduction and burning. The opposite is not true either. In other words, if you substitute 20W50 instead of 10W40 to make the price more affordable, your oil will still not be able to do its lubrication task. Because a thin oil is required to penetrate between surfaces. In other words, thick oil will not be able to penetrate between the surfaces and will cause your vehicle's engine to lack oil.

To summarize the single grade and multi-grade situation…
Take a single grade, for example, number 30 engine oil. Oil; It is a fluid that gets thinner as the temperature increases, and thickens as the temperature decreases. If we think for the number 30; It is subjected to some change in viscosity during seasonal changes or working conditions. So, if we explain the situation in a simple way; Number 30 engine oil becomes thinner in heat and acts like number 10, thickening in cold and acting like number 40. This is where multi-grade oil technology becomes important. When you use the oil called 10W40, it is as if; You will get performance as if you used number 10 oil in cold and number 40 oil in heat. In other words, as number 10 oil will thicken in cold, it will act like number 30, and number 40 oil will behave like number 30 since it will become thinner in heat. In other words, by using 10W40 oil, you will have a stable efficiency as if using 30 number oil that is not affected by heat and cold.

Yes there is. The usage period of mineral oil derivatives printed on the package under normal conditions is 3 years. When looked under very good conditions, this period can be increased to 5 years. However, it is generally recommended not to exceed 3 years.